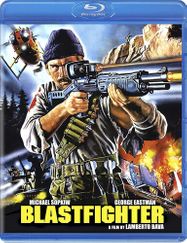 Jake "Tiger" Sharp (Michael Sopkiw) is not to be trifled with. An ex-cop who's already served time for killing his wife's murderer, his reintegration into society doesn't go quite as smoothly as one would hope. When his daughter is brutally raped and murdered by a band of poachers, Tiger uses a souped-up shotgun to once again exact vengeance on those who've taken someone he loves. Valentina Forte, George Eastman, Stefano Mingardo co-star in this grimy French/Italian actioner. 89 min. Widescreen; Soundtrack: English; audio commentary; interviews; theatrical trailer.