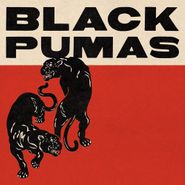 Black Pumas' widely acclaimed debut album gets a deluxe reissue. On this version, the award-winning Austin duo offers fans unreleased tracks, a live version of "Know You Better," and four cover songs, among other bonus material. The three new songs could make a soulful new EP on their own with "Black Cat" serving as a solid, retro dance floor hit. Among the covers, "Eleanor Rigby" gets a complete funk makeover with heavy bass grooves and wah-wah effects, while Tracy Chapman's "Fast Car" is a faithful rendition that shows off singer Eric Burton's chops.