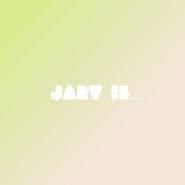 This is the first original music from Pulp’s Jarvis Cocker since 2009. The “JARV IS” band was originally formed to play at the Sigur Ros “Norður og Niður” festival in Iceland in 2017. As they continued to play shows, they recorded their live sets so that they could monitor how the songs were developing, and eventually used these recordings as the basis for Beyond the Pale. Overdubs and vocals were later added at Narcissus Studios in Neasden, London. Cocker’s lyrics are as witty as ever, perhaps turbo-charged to meet current hard times, and the arrangements and hooks are just as strong as in the Pulp days, if not more inventive for hybridizing live with digital production.