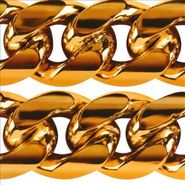 Winner of #1 Next Level Album Title (September, 2013 - Associated Amoeba Website Album Reviewers Association), B.O.A.T.S. II: #METIME is proper-full-length number 3 for the Atlanta-based rapper formerly known as Tity Boi. Initial single "Feds Watching," which both features and was produced by li'l smooth-guy Pharrell, is all Miami Vice pathos and MIDI Santana Doobie Bros tropical weirdness. Super classy melancholy vibe which has 2 Chainz doing his pretty specific list-rapping (potentially equivalent to the one-liner stylings of someone like Steven Wright or Jack Handey?), which always manages to be both unbelievably laid back and unbelievably urgent. "I'mma be fresh as hell if the feds watching," he says. On "white devil sophist" website rapgenius.com ("Middle of The Cake" - Das Racist, 2011), the lyrics of the aforementioned song are annotated by a link to "COINTELPRO documents" and "the NYPD's secret file on rappers." I wonder what's in those files concerning Chainz's next single, the Diplo produced "Netflix" which features Fergie and suggests that the two of them make a sex video and put it on Netflix, which, to be honest, seems more complicated than just deciding to do that. Anyway, 2 Chainz is great, take it from the man himself. "I'm Different," isn't a suggestion, he's warning you. Go get this.