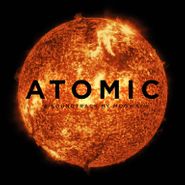 Mogwai – the Scottish purveyors of contemplative, swirling, cinematic instrumentals – have certainly found an extracurricular niche scoring diverse projects such as the documentary Zidane: A 21st Century Portrait, Darren Aronofsky's film The Fountain, and French TV series Les Revenants. Their latest album, Atomic, is a re-recording of their soundtrack to the Mark Cousins' Hiroshima documentary for the BBC, Storyville - Atomic: Living In Dread & Promise. More of an art-piece than a documentary, Storyville deals with the horror, fear, innovation, and hope surrounding the events of the Hiroshima nuclear bomb with images and moods as opposed to a structured narrative. Mogwai’s Atomic matches the film’s contrasts at every turn with their trademark shifts from shimmering minimalism to grand noise-oriented rock, sometimes in a sinister vein. The dualities of the modern world – innovation and obliteration – are heard in these revelatory shifts.