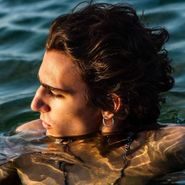 Belgian-Egyptian artist Tamino is an old soul. His debut full-length, Amir, is a heartbreakingly gorgeous introduction to an artist who sings with the assurance of a star and the passion of an artist. Tamino has been compared to Jeff Buckley and Thom Yorke — his voice is lyrical and haunting and he more than holds his own alongside such unforgettable vocalists. Add to the mix a healthy serving of Middle Eastern influences: the Nagham Zikrayat ensemble, featuring many Iraqi and Syrian refugees, provides melodies that harken back to Arabic music of the ‘50s and ‘60s, and the album features reworked samples of music by Tamino’s grandfather, the famous Egyptian singer Muharram Fouad. Unlike anything else you’ll hear this year, Amir is highly-recommended.