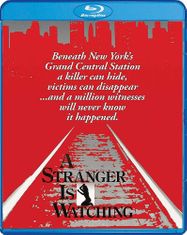 Three years after she witnessed the brutal home invasion killing of her mother, young Julie Peterson (Shawn von Schreiber) braced for the remarriage of her father (James Naughton) to a TV news reporter (Kate Mulgrew). Unfortunately, the real murderer (Rip Torn) had never been caught... and to ensure his continued freedom, he kidnaps Julie and her stepmom-to-be, and imprisons them in the catacombs beneath Grand Central Station. Sean S. Cunningham directed this gripping adaptation of the Mary Higgins Clark novel. 92 min. Widescreen; Soundtrack: English; Subtitles: English.