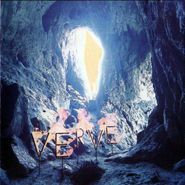 Conjuring images of sun-bleached debris bobbing ever so placidly across the Atlantic, the songs on The Verve’s full-length debut, 1993’s A Storm in Heaven, are atmospheric and even psychedelic. “Star Sail” sets the dreamy tone for this album, a sweeping ethereal song that floats by in reverie. “Make It Till Monday” is a hauntingly, even deliriously peaceful song in which the vocals are used more for building texture than in conveying any actual narrative. Tension swings, pulls, and tethers the kaleidoscopic instrumentation of “Make It Till Monday,” only to launch directly into “Blue,” the most structured song of the lot. In fact, the latter track has the most in common with the better-known future (the songs of A Northern Soul and Urban Hymns).

The Verve were like Suede in that they both released debut albums in 1993. They also went on to put out two more successful and critically acclaimed albums in the 90s. I would never call The Verve Britpop. But they often got lumped together with the other Britpop bands of the era. The Verve were more psychedelic and dreamy. They had more in common with the Shoegaze and Dream Pop bands of the early 90s. The Verve also were not as popular as Suede in 1993. It took until their third album for everyone to really notice them. A Northern Soul was released in 1995. Urban Hymns was released in 1997. Urban Hymns got ridiculously big and I feel like that album was everywhere. But I think all the old fans still loved it too. It was a fantastic album and deserved all the praise. I remember being happy that they had finally made it. But they would unfortunately break up in 1999 and then end up reforming in 2008 for their forth album called Forth. Everything started for me with A Storm In Heaven. This album was released in June of 1993. But it sounds just as good now as it did then. This album quickly became one of my favorites. Another band from 1993 that I would become obsessed with throughout the rest of the 90s. A Storm In Heaven featured the songs "Slide Away," "Blue," "Butterfly" & "Starsail." This album would also be near the top of my list of my favorite albums of the decade. I could listen to this album all day long.