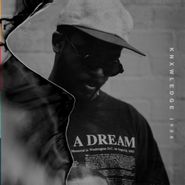 A quick glance at the bandcamp page for LA-based producer Knxwledge reveals a staggering display of productivity: well over 100 individual releases since the project began a decade ago. However, one might be shocked to learn that 1988 is only the fourth physical release by the artist, and just his second full-length album for Stones Throw, a label match made in heaven. The 22 songs that comprise 1988 continue the producer’s tradition of brevity, with any one beat rarely stretching over the two minute mark. Yet, in these brief nuggets of sound, Knxwledge is able to create an entire musical atmosphere all his own. Densely layering samples and various bits of dialogue, Knxwledge stretches his source material into a hazy fusion. Behold the genres imagined in the world of 1988: glitchy new jack swing, 8-bit jazz-funk, gospel over chopped & screwed soul, vaporwave hip-hop, chipmunk vocals over mafioso rap beats. And that’s only scratching the surface of this world of sound.